You are here: Home / Archives for Moleskine

If you’ve got an iPad, you’ve no doubt visited the App Store, and checked out one of the “iPad Essentials” lists for business, productivity, music, or any of the other must-have apps.

You’ve certainly read all the “Five (or Ten) Must-Have iPad Apps for Business Productivity” that all say you need Evernote, Dropbox, and the Kindle Reader. In fact, if those were the only articles you read about your iPad, you’d think there were only five apps ever made for it.

And because I’m tired of the same retreaded crap that appears in most 101-level articles, I tried to come up with ten iPad Business apps that are not Evernote or Dropbox. 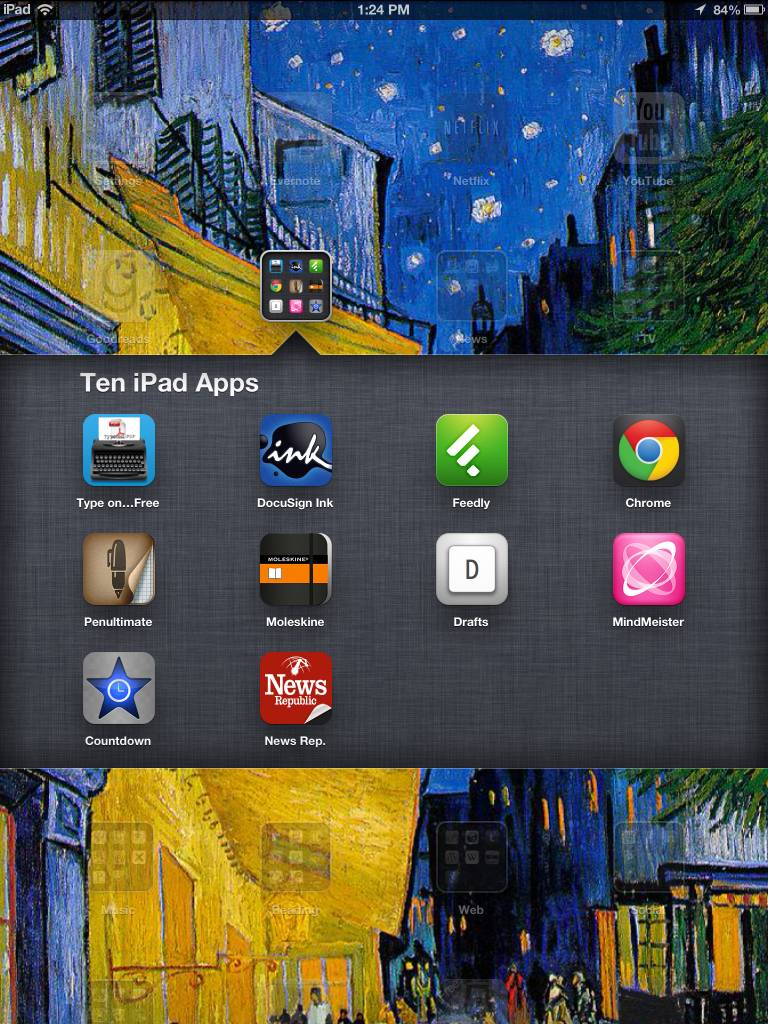 So how’d we do? Any apps you’ve never heard of? Any good ones we missed? What outstanding iPad business apps do you use that don’t appear on any “Essential Business Apps Everyone Has Already Heard of” list? 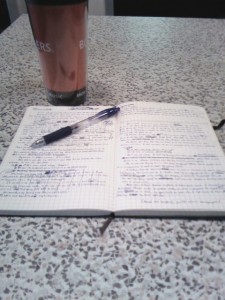 Normally, this is not big news. In fact, this may be the lamest thing I’ve ever written about, and that includes my “this is my first post” post on Blogger back in 2003.

But it’s a notable event, because I want to brag about my pen, and also talk about the power of strangers in the world of social media marketing.

Social media has turned the marketing world on its ear, because it has disrupted marketing altogether. It used to be that we needed professional marketers to tell us what was cool/great/awesome about a particular product. If the paid professionals told us, then it must be true. Or at least, if it wasn’t true, their shouting generally drowned out the one or two detractors who hated the product. In fact, if there was something we didn’t like about a particular product, we got our talking points from a competitors’ commercial, much like talking points in a political ad.

But several years ago, when we started using early social media, like AOL, and creating websites with comments, we started relying on each other to tell us what was cool/great/awesome about a particular product.

That’s how I became such a fan of my Pilot G2 pen. In 2004, I had just entered the world of Moleskine notebooks, way before they became douche-y, and realized I couldn’t use just any old pen in the same notebooks used by Hemingway, Picasso, and Bruce Chatwin. So I went to the Moleskinerie website, an online community for and by Moleskine fanatics, and looked for any recommendations for a good pen. As it turns out, a few months earlier, someone had posed that very question, and the fans weighed in. In fact, it was one of the most commented-on posts they had.

The commenters far and away raved about the Pilot G2 pen, the 0.5 mm size, so I bought one and immediately loved it. I loved it so much, I have used nothing but Pilot G2 0.5 mm pens for the last 7 years, even carrying the same exact pen for over four years (I cannibalized the cartridges from a box of G2s to replace the empty one, rather than just replacing the entire pen). That pen finally broke last summer, so I had to pull out a second one, which broke last week and leaked all over the place.

The cool thing about this is, for as often as I use this pen, to have only one break or go bad in nearly eight years, I’m very pleased. (I’m especially pleased I found it before it leaked into my shirt pocket.) That’s a pretty good testament to quality — to have one cartridge go bad in 8 years of using them? I’ve never even had a car that long without developing problems.

But the coolest thing? I bought this pen based on the advice of a bunch of people I had never met. I didn’t need the Levenger people telling me what was cool about the $237 Pelikan, or Faber-Castell’s four-color booklet on the long history of the Faber-Castell name. All it took was several random comments from a bunch of strangers who were passionate about a notebook and were choosy about their pens.

Traditional Marketers May Be Out of Work Soon

Marketers who haven’t yet embraced social media need to take note: you’re basically out of a job. Consumers are no longer being persuaded by your beautiful graphics and well-designed websites and brochures. We’re being informed by them, but we’re not being persuaded. Instead, we’re persuading each other.

We’re getting advice from each other on where to eat, what to watch, which computers to get for our kids, what cameras to buy, what cars to drive, and yes, even what pens to write with.

Marketers who want to take advantage of this should provide places for your customers to talk to each other. You should get your products and/or services into the hands of influencers. Moleskine went so far as to buy Moleskinerie.com and leave it in place, so Moleskine users could share what they were doing with their notebooks, like Italian artist Luc, who uploaded several photos of his sketches and notes about the 24 Hours of Le Mans auto race.

The smart marketers aren’t telling us what’s cool/great/awesome about their products. They’re providing places for the rest of us to tell each other. They’re sponsoring special niche networks on Ning and other platforms for their target audience. They’re getting their products into the hands of influencers. Or in the case of Fiskars and their Fiskateers (which we discuss in No Bullshit Social Media), they’re turning it into a niche community and a research and development channel. They’re basically letting us do all the work for them, and are getting out of the way.

Social media marketing is disrupting the way traditional marketing is done, and giving us all of the power. Now if I can just get someone to send me another pen, I’ll be happy.