After yesterday’s post, Ten Signs You’re NOT a Social Media Expert, my friend Josh Husmann asked “Help me out! Why shouldn’t my twitter feed forward to Facebook?”

It’s a fair question, and it’s something I see a lot of people doing it. I even did it for a few weeks, until someone who wasn’t on Twitter told me to stop it. Here are six reasons you shouldn’t feed your Twitter stream into your Facebook stream. 9. You’re convinced that Orkut will be the breakout social network of 2011.

7. You think Chris Brogan was the star of “Jonah Hex.”

6. You’re still quoting the Malcolm Gladwell “10,000 hour rule,” unaware that you’re quoting someone who quoted someone else who didn’t actually read the book.

5. Your business email address ends with “@aol.com,” but you don’t work for AOL.

3. You play Farmville so much, Zynga’s revenues plummeted the week you went on vacation.

2. You tell people you had the high score on Technorati when you were in high school.

1. Your social media experience consists of your unpaid college internship at your dad’s accounting firm. 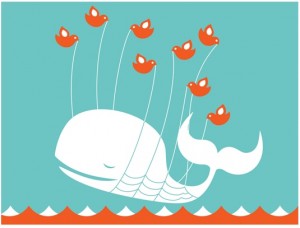 Arts organizations are facing funding cuts all over the world.

For example, Scotland is cutting £2 million ($3.1 million) for the arts. The National Theatre of Scotland, the Royal Scottish National Orchestra, the Scottish Chamber Orchestra, Scottish Ballet, and Scottish Opera are all facing cuts of 10% in government funding.

This all got me to wondering how arts organizations could use social media to promote themselves, and find additional fans, attendees, and donors.

While you may think that social media is only for young people, this is a fallacy that has long been disproved. In fact, the fastest growing demographic on Facebook is women, age 50 – 60. If that demographic fits within your core audience, shouldn’t you be trying to reach them? And what better place to do it than where they are already?

So here are five ways arts organizations should use social media.

What is your organization doing? Are you using social media, or do you want to try using it? And if you’re not in an arts organization, how have you seen other organizations using it?