A business owner is horrified to discover one morning that her company’s server is broken. Won’t boot up, won’t turn on. She calls a computer repair expert to come out and see what he can do.

The expert shows up, looks at the machine carefully, and even gives it a careful listen. He runs his fingers lightly on the side of the computer, and then taps it with a small hammer. The computer starts right up, the business owner is happy, and the expert goes away.

The business owner calls up the expert, angry. “$500?! All you did was tap the computer, and you charged me $500?! I need to see an itemized version of your bill, to see why you thought that was worth $500.”

Two days later, the new bill arrives in the mail. “Tapping the computer with a hammer, $1. Knowing where to tap the hammer, $499.”

Knowing Where to Tap the Hammer: The Moral

Once, I was talking to a freelance writer friend, and she was worried about charging too much for her services.

“I don’t see how I can charge that much an hour, just to write a single press release,” she said, like she was worried she would be found out as a fraud, or that people would realize anyone could do it.

“Do you have special knowledge that enables you to write that press release in under an hour?”

“Oh sure, I’ve done so many of these, I can write them in 30 minutes sometimes.”

“And do you think your clients could write that same release in under an hour?”

So I told her the computer hammer story.

“You know where to tap the computer,” I said. “Your job seems easy to you because you’ve done it for years. But to someone who has never done it, it seems daunting. But then if they see how easy it is for you, they assume it’s that easy for anyone. But if they don’t know how to do it, it’s still a mystery.”

What can you do better than anyone else? What is a special piece of knowledge that you have that could be valuable to someone else? What are you putting your energy and time into?

For me, it’s writing. For Lorraine Ball, it’s PR for small businesses. For Paul D’Andrea, it’s portraits and event photography.

Knowing where to tap the hammer is what sets us apart from those of us who will try the same things over and over — flipping the computer off and on, trying it in different plugs, shaking it — before declaring it impossible to finish.

I’m shocked at the number of companies who let interns and entry-level employees manage their social media efforts.

They do it because they believe social media is a young person’s game, and not for the geezers in management. That’s got to be one of the worst hiring decisions a company could make.

I was reading a February 2010 post from Chris Kieff on the ROI of Social Media. Chris looked at what happens when social media is handed over to an intern, who is usually working for class credit and no pay.

VP, “Why is everyone doing spending so much time on social networks? We need more productivity!”

Manager, “We are learning about how to use them and starting to see some positive results.”

Manager, “We’ve… ummm… got the training wheels on and are just starting to understand how to use social media. We don’t have a formal ROI measurement system in place yet.”

VP, “Well it’s clear that all this social media crap is overblown B.S. I’m telling IT to shut down Facebook and Twitter so people can get back to work.”

It’s real simple: managing social media is not for kids. It’s not for rookies. It’s not for 20-year-olds who remembered to delete their drunken Facebook photos two weeks before the interview that landed them their internship.

Don’t get me wrong. I’m not saying that interns and entry-level employees should not do social media. I’m not even saying they’re bad people. They just shouldn’t be in charge of it. Think of it this way:

So why on earth would you let a 22-year-old college grad handle one of the most public-facing communication channels your corporation is going to have? Other than PR and traditional marketing, there is no other channel that reaches so many people so permanently as social media. And you want to give it to some rookie who can’t use the phrase “in my experience” without cracking everyone else up?

At least with corporate PR and marketing, your professionals have the benefit of years of experience and knowledge. But when you appoint a recent college grad to manage your social media, you’re handing the megaphone to someone with no real work experience or a sense of corporate responsibility, and letting them speak to the entire online community (and beyond) in real-time.

Someone asks a question on your Facebook with 10,000 followers, the social media coordinator answers. The questioner gets a little snotty, so the SMC takes her response up a notch, and the whole thing turns into a pissing match in about 5 minutes, and hits the blogosphere two days later, and the mainstream media a week after that. Do you really want to hand that megaphone to someone who doesn’t even understand message creation, let alone how to handle an angry customer or avoid turning it into an embarrassing gaffe that you can hear about on NPR as you drive into work? (Don’t think it won’t happen, because it has happened several times to other corporations in the last two years.)

I think it’s a big mistake when any business, but especially the large corporations, hires anyone with less than five years of real-world, full-time work experience to manage all of their social media efforts. To be fair, I know some truly brilliant young 20-somethings who could make a corporate social media marketing campaign succeed, but they’re few and far between. The really good ones have their own agencies and are making more money there than they would working for you. So you get to choose from everyone else.

If you’re thinking about social media for your company, and one of your first thoughts is you need someone young to manage it, stop right there. You’re better off avoiding social media altogether than risking a bigger backlash by hiring someone who stares at you blankly when you make an OJ Simpson comment.

So am I offbase? Any workplace veterans — especially marketers and PR folks — who think you should give the newbies the keys to the social media car? Any interns or entry-level professionals who think I’m full of it, and that you have the experience and professionalism to handle your corporation’s social media campaign? Leave a comment and let’s continue the discussion. 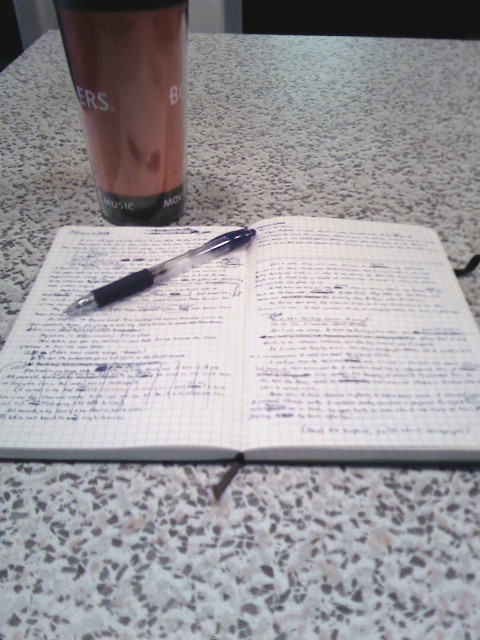