When I worked for the Indiana State Department of Health, I could write a press release in 30 minutes. A colleague who used to work in newspapers could do it in 20. Meanwhile, another colleague, with an English degree, took three hours. 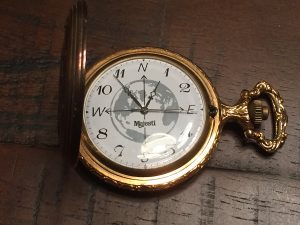 The secret was to know the formula, and to know your source material. Boilerplate language was also a huge time saver and space waster. For the most part, the releases were news-y, generic, and unremarkable, but they got the job done. It didn’t matter how long it took, as long as they read like a proper newspaper article.

Writing is as individual an activity as cooking or walking. We all do it at different speeds, and with different levels of efficiency and skill.

Ann Handley, Chief Content Officer at MarketingProfs, said on “The Business of Story” podcast, she spends up to eight hours on a single post. I spend three to four hours on a post here or for one of my own newspaper columns (which are republished on my humor blog). And I’ll spend one to two hours on a client blog post. (Of course, I cheat a bit: I interview the client, and type like mad to get it all down.)

Just Give Us The Secret Formula!

One of the secrets about blog writing is that you don’t do this all at once. Ann will spread her 8 hour blog post over two or three days. My four hour newspaper columns will take all day. And my client blog posts even cover an entire day.

There’s no magic number for how long it takes to write a blog post, but you should plan on one hour per 300 words.

That’s assuming you follow a good writing and editing process. For example, my typical process is:

How Long Should It NOT Take?

A good blog post should not take less than 30 minutes to write. Unless you’re working on a 100-word piece, or a haiku, you should not finish a single blog post in 30 minutes.

I know plenty of daily bloggers who say they create their entire week’s worth of blog posts in a couple hours on a Sunday afternoon. I don’t know if they’re bragging, or warning us.

First, not only is that time you should be spending with your family, this means you’re only spending 24 minutes on a single post. (120 minutes ÷ 5 posts = 24 minutes per post.)

Second, I’ve read those blog posts, and I’ll tell you a little secret:

We can tell you only wrote that blog post in 24 minutes, and gave it a cursory editing pass before you published it the next morning. Words are misspelled, punctuation is missing, and you forgot the ending to

But, if you’re able to write your posts that fast, please make sure you edit your draft before you publish. That includes major rewrites and polishing. Publish it later in the afternoon, after you’ve gone through it in the morning.

Writing is a basic skill we all learned in school, but it’s not like riding a bike. We definitely need some practice and time to be able to do it well. But your goal should not be to see how fast you can do it. The Internet is full of content that people tried to do quickly. It’s that stuff no one likes to read.

If you want to write high quality content, take as much time as you need to do the best possible job on it. That’s the only way your work is going to shine through the muck.