The downside of content shock, says Mark Schaefer, is that there will be a high barrier to entry for companies and people who want to start content marketing.

There needs to be a high barrier to entry, at least for those who want to be successful. 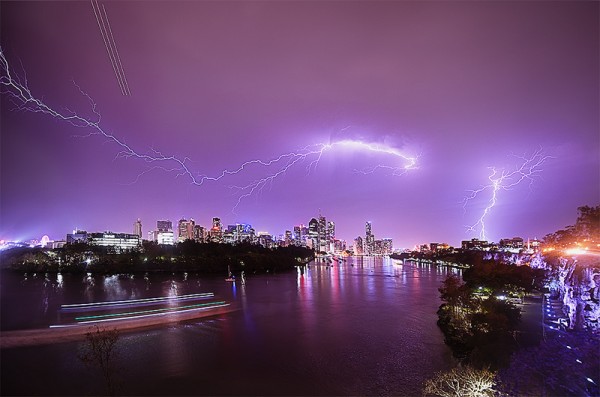 The problem is, says Schaefer, the Internet will grow 600% in the next six years. In other words, as big as the Internet is now, there will be six more Internets of content by 2020.

Yet we consumers only read, watch, and hear 10 hours a day of it, and that number won’t increase. We can’t even keep up with the current Internet now, and it’s going to grow by “one Internet” every year. There’s already too much, and it’s hard to find the really good stuff as it is.

That means we’re either going to accept more crap as “good enough,” or we’re going to hold out and trust that the best work will rise to the top, via recommendations and sharing.

Schaefer calls this the “myth of rising content.” He says that “amazing content” — well-written, well-produced content — is the price of admission, the bare minimum to get in.

It’s a myth I prefer to believe in. If amazing content were only the price of admission, then we wouldn’t have a shock. We would have so many people just struggling to get into the game at all. But as it stands, we have so much mediocrity that, if you were to put some effort into it, could create some outstanding work that would catch people’s attention. And if you really focused, you could create some stellar work that would make people talk about you for months.

It’s like the book publishing world 30+ years ago, before the Internet was even a thing. You had to be awesome just to have a book published. Now, anyone with a laptop and wifi can publish an e-book, and the marketplace has become crowded again.

Forty years ago, when there were only a few TV stations, you had to have a great TV show to get on the air. Now, thanks to cable TV, there’s way more than “13 channels of shit to choose from.” But there are a few shows that everyone is watching — Breaking Bad, Walking Dead, Big Bang Theory, Doctor Who, House of Cards — because it’s “amazing content.” Everything else isn’t amazing, it’s just “good enough,” so these shows stand out because of their amazing-ness.

This means the only two ways to be successful are to either produce more content than anyone else, or do it better than everyone else. Since most of us can’t produce hundreds and thousands of blog posts, photos, and videos per week, we’re just going to have to be better.

You can’t just hire a bunch of new college grads, stick a camera in their hand or plunk them in front of a computer, and expect them to create great work. Sure, they’ll do good work, especially if you hire a creative writing major, a photojournalist, or video producer (which I highly recommend).

But that’s the go-to strategy that’s creating this mess: get the new kid to do it.

It doesn’t have to be a masterpiece, kid, it just has to get done.

That’s the attitude that will get your work mired in the 600%. It’ll be buried under the thousands of blog posts, millions of photos, and decades of videos. This is where the high barrier will help. It will save people from being overwhelmed, and keep them interested in your work, whether you’re a media company, manufacturer, service provider, or artist.

You need producers who have the skill and experience to make their work stand out from the rest of the crowd. You want professional writers, photographers, videographers, and audio producers. Not everyone who can string two sentences together is a writer, and not everyone with a $300 camera is a photographer or videographer.

In my professional work, I see so much crap written by someone who thought their first draft was “good enough for who it’s for,” and they rushed to get it out in the 30 minutes between meetings. So I’ve stopped reading “good enough” blog posts, stories, and articles. This means I’ve stopped reading newspapers that fire their best writers and columnists, and replace them with rookie writers doing nothing but restaurant reviews. This means I don’t watch most TV shows, I look for the hidden gems on cable, Netflix, and YouTube. This means I don’t listen to commercial radio, I listen to two or three eclectic favorites via iTunes, or a few podcasts.

I look for people who treat their work like a craft and not a commodity. That’s where I get my 10 hours a day of content, and sometimes not even that much. I think the backlash against this new diarrheic Internet is going to be that people are going to read, watch, and listen to less. We’re going to be more selective, and that means people are just going to have to work harder.

This also means we as business owners and marketers need to change our focus about how we generate our content. We need to avoid the trap of “more more more,” and focus on being better.

We should hire writers who are mortified by a single misspelling in an article. We need to hire writers who take a few hours to write a single piece because they’re forging, honing, and sharpening their work, and still aren’t satisfied when it’s done. We need to work with photographers whose biggest investment isn’t a zoom lens attachment for their iPhone.

We need to make sure our work is some of the best available. And you’re just not going to do that if you focus on being good enough.