The days of the social media rockstar are drawing to a close.

We’re starting to see the end of social media as a standalone, magical mysterious thing that we do — something every startup embraced, every small business resisted, and every corporation fled from in fear — and we’re seeing acceptance, and even love, from those who previously spurned it.

Amber Naslund’s recent post, The Begrudging Death of the Social Media Superstar, plus a recent Jay Baer podcast episode with Dorie Clark, has got me to thinking that the end is in sight.

Social media will no longer be a viable standalone career path.

But I think we’re going to see those positions pulled into their respective departments, and they’ll become part of the general rabble.

Everyone in marketing and PR is going to be expected to be good at social media, much in the same way you need to stop listing “Proficient at Microsoft Word and Internet Explorer” on your résumé.

History Is Repeating Itself 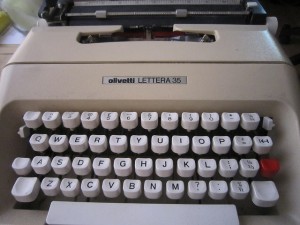 It’s always interesting to see what happens to an entrenched communication channel or business method when a new upstart shows up.

In the business world:

Every step along the way, the new people were the stars, until everyone calmed down, and they were absorbed into the general landscape.

The social media people have been rockstars, writing books in a whirlwind of publishing activity, speaking and attending conferences. The ones who were doing it first are now considered the godfathers and grand dames of the industry, and the upstarts aren’t finding any real room to shine. There are no unexplored frontiers.

But when PR and marketing agencies are folding social media into their day-to-day offerings, and not a special add-on, you know things are settling down.

Social Media Experts Were Too Good At Their Job

That’s because, thanks to the social media evangelists who preached the gospel of engagement and relationships, everyone started doing it. And we all got good at it.

Eventually the executives who made the decision to create social media departments are going to start wondering, “Even my kids are doing this now, what makes these people so special? Why do they get the rockstar treatment?”

And the decision will be made to fold social media back into the regular marketing department. Or PR. Customer Service. Sales. R&D.

This is good news for people who are already good at marketing, PR, customer service, sales, and R&D.

But if you’re not good at it, you’re going to have a problem.

If you were only good at using the tools — you were “good at Twitter,” “good at Facebook” — you’re going to have a hard time fitting into your new role. If you thought that social media was all about using the tools, you’re in for a shock.

You’re going to have to redefine yourself as a content marketer, a marketing strategist, a PR practitioner, a customer service professional. Social media is only going to be a part of what you do, not the actual thing you do.

Just like writers don’t have to be “proficient at Microsoft Word,” being “good at social media” will not be enough.