After my last post about content creation versus content curation, I was convinced that curators didn’t do squat. I likened curators to what Truman Capote said about Jack Kerouac: “That’s not writing. That’s typing.”

I even said, somewhat dismissively,

But I don’t think content curation is that valuable. It’s important, to be sure. With a semi-decent RSS reader, anyone can be a content curator. But it’s not that valuable. Think of what the curators are actually collecting: content that someone else created.

However, I had a few people point out to me that curation is actually a rather valuable service. It’s not just a matter of creating an RSS feed of some cool stuff. Anyone with Google Reader can do that. Rather, it’s a matter of finding the important things and sharing them.

The aggregator just pulls in everything, and lets other people sort out what’s important. But it’s the curator who connects the dots by pulling in the five or ten most important points on the subject, and shows you the patterns. 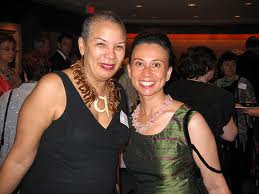 Liz Guthridge said in her comment to my post, “We need curators to help us find items of value. In that process, they are providing value.”

She even wrote a great blog post on the value of curation. In it, she offers 5 great ways to curate and add value to other people’s understanding of a subject. Numbers 2 and 3 were the best — “Connect the dots” and “Provide context” — because they are what a real curator can do, as opposed to what an aggregator or collector does.

But my friend, Tania, had the best comment that made me rethink the whole idea of what a curator is. (And she should know. She’s an honest-to-God museum curator.)

As a curator of education I have occasional opportunities to organize exhibitions, but far more often it is a way of producing an opportunity for enrichment and learning–a program, workshop, film series, tour, lecture series, etc. Indeed I shuffle the (art collection) deck to reinterpret and reconstitute meaning based on the collection’s possibilities. The chronological approach to the history of art is just one means of understanding art, but if I develop a program about food in art that may turn into a totally different kind of understanding for visitors, and be the relevant connection they are seeking with art in turn changing their experience and understanding to possibly inform some aspect of their lives.

So, I’m revising my thoughts on curators. I think what they do is important. I still value the creators more highly than curators, because that’s where the real work lies, but only slightly higher.

However, thanks to blogging and ebooks, everyone is becoming a creator. But not everyone is doing it well. I think as we have access to more and more information, including all the mediocre and/or crappy stuff, we need the curators to help us make sense of it all.

If you’re only aggregating — that is, you’re only collecting without connecting the dots or providing any kind of context — that’s not real value. You’re just a smaller Google. Anyone can aggregate. But it takes some real talent and smarts to be a curator. And if you’re a curator, let me say thank you for making life easier for people like me. I apologize for not realizing how much you actually do.