It’s the customer every brand dreams of: the superfan who spends their own time, money, and energy evangelizing a product to all their friends and family.

Sara Rosso is a Nutella superfan. So much so that she created World Nutella Day back in 2007, and it has taken place on February 5th every year. 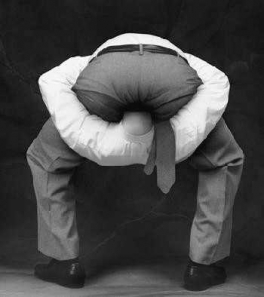 Then she received a cease-and-desist letter from Ferrero’s (Nutella’s parent company) lawyers, demanding that she no longer use the Nutella name in her I-LOVE-NUTELLA-THIIIIIIIIIIIS-MUCH efforts.

According to an article on Social Media Today, Rosso got media coverage of the event on NBC, CNN, and ABC, plus a social media audience of 47,000 fans and followers.

And yet, some lawyers who had no idea about the awesomeness she was spreading (pun totally intended) as well as no freaking clue about how free marketing evangelism worked, shut her down.

So Rosso took her case to the people, and posted the cease-and-desist letter to her blog, and almost immediately — I hope after the marketing department shouted “WHAT THE F*** DID YOU JUST DO?!” at the legal department — contacted her to rectify the situation.

When it was all said and done, Ferrero issued this press release, which Rosso posted on her website:

Positive direct contact between Ferrero and Sara Rosso, owner of the non-official Nutella fan page World Nutella Day, has brought an end to the case.

Ferrero would like to express to Sara Rosso its sincere gratitude for her passion for Nutella, gratitude which is extended to all fans of the World Nutella Day.

The case arose from a routine brand defense procedure that was activated as a result of some misuse of the Nutella brand on the fan page.

Ferrero is pleased to announce that today, after contacting Sara Rosso and finding together the appropriate solutions, it immediately stopped the previous action.

Ferrero considers itself fortunate to have such devoted and loyal fans of its Nutella spread, like Sara Rosso.

Except it should never have been a problem in the first place. Without going into all the “everyone in a company should communicate” drivel, which you and I know will never happen, Legal should have at least been smart enough to check with Marketing and said, “Hey, have you guys ever heard of World Nutella Day? Is this a thing?”

And Marketing would have said, “No, but it’s pretty cool. Why do you ask?”

Legal: “Because we want to shut it down. Someone is using the Nutella name other than us.”

Marketing: “Don’t be stupid. Clearly this is someone who is helping us further the cause of Nutella, which helps us make more money, which is how we can afford to support your non-revenue generating asses.”

While I understand the need for brand protection and support, there needs to be a mechanism in place where the marketing folks can have some input on the cease-and-desist letters and tell the lawyers, “wait, don’t send that one.”

Then stories like this would never have to be written, and Nutella and Ferrero wouldn’t end up with egg on their face.