Can you make money blogging? Will you get rich? Does it lead to the same illustrious career as, say, a biz-tech nonfiction book writer?

Unfortunately, blogging is not the way to untold riches, despite what the people who offer courses on “how to get rich blogging” tell you. 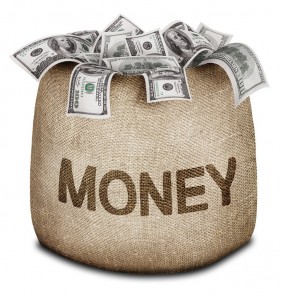 No, Seriously. Can You Make Money Blogging?

Okay, yes. You can make money at blogging. It’s not a lot, but there are ways to make more money than others, but some are easier.

Let’s say you have a fairly popular blog, netting around 10,000 visitors a month. It’s taken you a couple years to get to this point (which, if you thought you could get there after a couple weeks, forget it). There are a few options open to you:

Ghost bloggers are basically ghost writers. A ghost writer is a writer who works for someone else and publishes their work under that person’s name. They’re never seen, never heard from, and they moan about the injustice of it all. They’re ghosts.

A ghost blogger makes their money by being marketing copywriters, only they’re specifically trained to write for the web. They know the SEO requirements and tactics, but more importantly, they can write SEO copy so well that the reader still enjoys reading it.

While there are still only a few people doing it, it’s a growing field. That’s because blogging is important to search engine optimization (SEO), but now content marketing — using content to educate your customers and sell them on your product’s benefits — has become the watchword of 2013.

In fact, given all of Google’s algorithm changes over the past couple of years, and the importance their placing on written content, 2013 is going to be the year of the writer. If you’re looking for a field to break into as a writer, this may be it.