SEO practitioners are painfully aware of Google’s hatchet job on the tips and tricks they used to get their pages to the top of the search rankings.

And it’s funny to see many of the SEO pros — who were hit hard by Google Panda and Penguin — who look down their noses and wave dismissively at those people who still preach old-school SEO tactics. 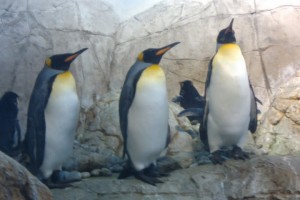 But before you sneer too deeply, keep in mind that a few of those on page tactics still have value.

For one thing, Google didn’t eliminate their importance. They just devalued these tactics so they have almost no effect on the overall SEO. Instead, Google is putting its focus on the quality of content on a website, whether it’s the writing, photos, or you’re using videos, blah blah blah. Typical content marketing stuff.

But one old SEO tactic is new again, for a different reason: your readers.

What Readers Have to Do With SEO

You remember your readers, don’t you? Those are the people who actually visit your website and, you know, read it. They’re not visitors, they’re not clicks, they’re not eyeballs.

They’re real, actual people. And they’re who Google is focusing on.

Google wants to make sure you’re providing high-quality, interesting content to the people using the search engine. To determine whether you are, one of the things they measure is the click-through rate on their search results. If someone clicked your link, it may be good. If they didn’t, it wasn’t compelling enough. If they don’t click it enough times, you get dinged.

By having a descriptive headline that contains the keywords.

That’s it. Nothing fancy. No formulas, no putting the keywords within the first few words of the headline, no cramming it into the body copy a set number of times. That’s not to say that these things don’t work or will get you dropped from Google. They’re still useful, but they’re like looking for pennies when you’re dealing with thousands of dollars.

Your readers want to know what your blog post is about, so you need an informative, useful, and direct headline.

For example, a post I wrote back in May called “What Malcolm Gladwell Really Said About the 10,000 Hour Rule” has been one of the most visited pages on our own blog. And I attribute part of that to the headline I wrote. (I attribute the other part of that to the fact that it’s 5th on Google for the search term “10,000 hour rule,” but that’s not important at the moment.)

In this case, it’s the headline that’s important: For one thing, I used the keyword in the headline, so that when anyone searches for it, they immediately know what the post is about. In fact, when you do the search, they will even bold-face the key phrase so it stands out for you a little more.

Don’t Be Clever, Be Descriptive

But the other thing that I did was write a headline that told you exactly what that post was about. We didn’t try to be clever and say something like “Experts vs. Outliers: Who’s Right?” or “Are You An Outlier?” or even “A Rumination on the Meaning of Expertise in a Post-Malcolm Gladwell World.”

None of those headlines would have generated any interest. But by describing what the post is about — what Malcolm Gladwell really said — we were able to grab the interest of people who might have otherwise skipped over the post in search of something else.

Don’t Believe Me? Ask the Expert

We’re big fans of Rand Fishkin at SEOMoz, and seize as much of his knowledge as we can. This little tidbit came from his latest Whiteboard Friday video where he talks about the new on page SEO, and what still works, and what doesn’t (hint: everything you were doing in 2010).