I’ve gotten burned by being a little too optimistic and open at times, especially now that I’ve been in the social media marketing business. I share the good stuff with people, and while for the most part, it pays me back in the end, there have been a couple times where I got ripped off.

Not just taken advantage of. I’ve had revenue-generating ideas stolen because I shared them too early in a negotiation process.

When I first moved to Indianapolis, I was working with a friend, Darrin, at his marketing company, and we were pitching a possible new client. As part of our pitch, I suggested that the owner start a new off-shoot company to hire entry-level employees and train them in his methods. This would end up being a feeder company for experienced employees, rather than have to scramble around at hiring time. Sort of like a minor league baseball team feeding into a major league one. 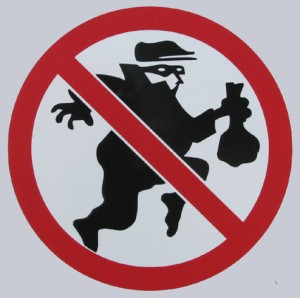 It was a pretty good idea, even if I do say so myself. And I was proud of the suggestion, because the owner also seemed to like the idea, and I thought it was going to help us get the marketing contract.

Unfortunately, he never hired us. He never gave us a reason. He just took our proposal, and never returned our call, and was always “busy” when we called him. (My business partner, Paul, calls this the “Indiana No.”)

Fast forward to four years later, when I see the business owner in the newspaper for the brilliant idea “he had” for starting a smaller company for entry-level employees who later moved up to his company. It ended up being very successful company for him too.

How much did Darrin and I get for our idea?

Not having learned our lesson that time, a few weeks later, we made another pitch to a local restaurant, including six ideas we wanted to execute for them, and one idea for a radio commercial. After submitting our official proposal, they said they weren’t interested, and kept the proposal.

A few months later when I went in to the restaurant, I saw that they were using five of our six ideas, and had used our radio commercial idea for a guest appearance on a local radio station.

How much did Darrin and I get for these ideas?

The lesson my friend and I learned in all of this? Give away the good stuff, but don’t give away the secret sauce.

It’s a shame too, because I fully believe in the Chris Brogan model of give away the good stuff. I don’t want to give away a nickel’s worth of free stuff to sell $100 worth of ideas. I want to give away hundreds of dollars of ideas to sell thousands. Our point was to give away some interesting ideas in the hopes that we would get hired to actually do them and get paid for it.

Did we get hired? No. Should we have gotten the contract just because we rattled off a few good ideas? Probably not.

But it seems to me that when someone pitches you an idea, and you don’t hire that person, you also should not be allowed to steal their ideas, especially when you didn’t hire anyone else to do it either. At the very least, it’s unethical, and the people who do it are skeevy.

So I’m torn. What should I do in the future?

Should I selfishly hold on to my “secret sauce” and only share the information that anyone can find in a book? I do that now when people want to “pick my brain” in exchange for buying me lunch.

Or should I give away any idea that I come up with for a potential new client in the hopes of signing them?

On the one hand, demonstrating some of our ideas could help us win a contract. On the other hand, the people we work with are smart enough to execute an idea just based on a basic two sentence explanation. If we tell them they need milk, they’ll figure out where to find a cow.

If you’re an entrepreneur, marketer, or salesperson, what do you do? Do you trust people and “share hundreds to earn thousands?” Or do you play things close to the vest and give those ideas away only when you’ve got a signed contract in hand? How would you play it?