I have a confession to make.

I’m a snob when it comes to being a book author. To me, a book has gravitas. It’s more than 200 pages, it’s been properly edited and revised numerous times, and it takes several weeks and even months to create. And, if I’m being honest, it exists in a printed form, having been printed by a traditional publisher.

This puts me at odds with a lot of people, because the modern definition and process of creating a book has changed, thanks to new technology.

All of this has democratized the book industry.

The last time we had technology this disruptive was when the printing press was invented. Instead of waiting for a monk to copy a book by hand, you could gather a small group of investors, buy a printing press, and go into publishing yourself, and print whatever the hell you wanted.

That world grew and grew to the point where publishing was huge and unwieldy, and only very special writers could get books published. And then, like most everything else, the Internet broke that system.

Now, not only do the very special writers get books published, so can everyone else.

On most days, I embrace democratization of any elitist system. I’m all for tearing down walls and letting everyone be awesome and cool. 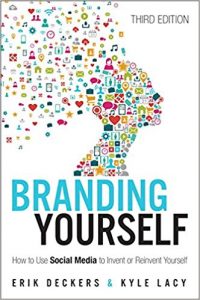 Want to write your own book? Awesome! Cool! There are ways you can get that published and you don’t have to be a part of that stuffy old elitist system! Power to the people!

Except I finally got to be special this time. I co-authored three books that were published by Real Publishers, and I won’t lie. That feels pretty good. (I co-authored a fourth book that was self-published, but I feel a little self-conscious about it.)

So I roll my eyes whenever someone holds up a 50 page stack of papers and says “I wrote a book!”

Because that’s not a book, that’s a pamphlet.

“I wrote it over a weekend,” they boast.

I want to shout. “That should be a warning, not a brag!”

“Like bloody hell you can,” I want to say, but I never do.

And so my protective instincts kick in and I want to stop people watering down what it means to be an author, or promoting this crazy notion that you can just spit out a book over a weekend.

Except I’m rethinking my whole attitude.

I have seen the light!

I was at a networking lunch recently where someone was talking about how “easy” it is to write your own book. It happened a day after I heard a podcast interview about the very same thing.

“Just take a talk you like to give, and record yourself talking about it. Or come up with 10 – 12 questions and record yourself answering them. Get that audio transcribed, edit it into something readable and coherent, and upload it to CreateSpace. Bada-bing, bada-boom, you’ve got a book!”

Look, a good book is not that easy. And something that easy will not be good.

All of my books have taken two people four or five months to write. The last edition of Branding Yourself took four months, and I worked on it for 10 – 15 hours a week. I was supposed to cut it down to 300 pages, and instead, it weighs in at 380 pages. But it’s good, and I’m very proud of it.

And it has to be thick, right? Right?

“These short books are a good personal branding tool, aren’t they?” asked my friend, Jim. We were sitting together at the networking lunch. “They show that you have some expertise about that topic and they give you some credibility.”

I stared at Jim, stopped in my tracks, mouth open a little. “Well. . . maybe,” I said begrudgingly

“They don’t all have to be big thick tomes, right? I mean, this is the kind of information you’d share with someone in an hour-long conversation over coffee.”

I stared a little more. “I guess,” I pouted.

It was in that moment, mouth open and staring, that Jim’s question was my epiphany. Books aren’t just meant to be read. They don’t exist independently of the author. They reinforce the author’s expertise and make them look like geniuses about their particular field. They support the writer’s personal brand better than a business card or even their social media accounts.

That’s when I realized books don’t have to be 380 page bludgeoning weapons. They really can be smaller, shorter, and less in-depth than my “proper” book that I toiled over for nearly half a year.

One guy who spoke at the networking event had just published his own book. In fact, it was his third attempt, because his very first attempt was over 200 pages. Then he revised it and cut it down to 100. And then he dumped that version and wrote it in 75 pages.

Because — and this is important — his subject matter didn’t need 200 pages.

Pat used to own a high-end AV company that helped event, conference, and meeting planners put on big stage shows. And he knew how to grow other AV companies to become successful.

That kind of knowledge is really only useful to other AV company owners, and most of them already have a lot of the knowledge that Pat has. Which means he doesn’t have to explain the basics, and he can get right to the point without any fluff and extraneous bullshit.

And that only takes 75 pages.

It didn’t need to be any longer. Anything more would have just been wasted space and wasted effort and it wouldn’t have added anything of value.

Which means I have to rethink my attitudes about books and what a “real book” can and should be.

But that doesn’t mean you can slack off! There are still certain rules and expectations we all have.

I mean, we’re not graphic designers, for God’s sake!

I actually came up with 8 Rules for Writing a (Short) Book. But this post ran on too long, so I decided to cut it here, and I’ll run those 8 rules in a day or two.