Are you married? When you first met, did you walk up to your prospective spouse and just pop the question?

Of course not! That’s clearly no way to enter into any kind of relationship.

But when people connect with me on LinkedIn, it turns me off when the very first thing they do is ask if I need their web services, followed by a 500 word explanation of everything they can do, the companies and projects they’ve worked on, and a request to hop on the phone for a 15 – 30 minute conversation about what they just sent me.

(Not to mention that every message looks nearly identical. They’re either all copy-pasting each other’s sales pitch, or it’s just one company creating thousands of profiles with the same message.) 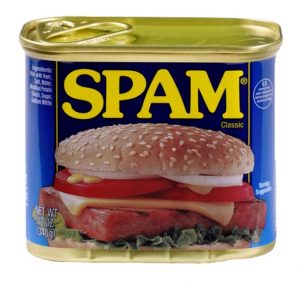 And neither does you hitting me up about your services the very instant I accept your connection request. It’s rude, presumptuous, and desperate. I ignore the people who send me those messages. Maybe I’ll tell them “no thanks,” but usually only if they insist on repeating the same request a couple weeks later — you know, in case I missed it the first time.

The practice is so pervasive that I get at least two of these a week with the same copy-pasted sales pitch all asking for my hand in business marriage.

Part of my problem is that I can’t just refuse to accept people’s connection requests. I’ve written a few social media books, and people often connect with me after reading them. So I don’t want to be a jerk and snub a reader, but it’s getting harder to accept a request because I just know I’m going to get burned.

I can usually spot most LinkedIn spammers though. They tend to have a title that says “Business Development.” They live in a city or country that I have never been to or rarely visit, and yet they’re connected to 5 – 30 of my friends. And they usually work for some sort of web, SEO, or marketing agency.

I stopped accepting connection requests from people who fit that profile because I know what will be cluttering up my inbox 24 hours later.

More importantly, I’ve begun disconnecting from people who spammed me with their first message.

LinkedIn is for serious business connections, not a way for lazy salespeople to spam other people they’ve never met. And that’s what you’re doing: spamming people.

The only difference is you’re calling it business development and you’re (hopefully) doing it by clicking on the mouse yourself, instead of using the automation software that’s infected Twitter. I don’t care if you think it’s not spamming, or you tell yourself that you’re special and you’re not doing what those other people are doing, because you totally are.

You’re sending the same unwanted, unasked-for crap we get in our email inboxes. The only difference is you’re doing it on LinkedIn as if that somehow makes it okay.

Not only do I disconnect with these people, I will also occasionally report them to LinkedIn by clicking the “I don’t know this person” link or marking them as spam. If enough people do it, their account will be suspended or even terminated. And then maybe they’ll get the hint that this isn’t acceptable.

If you’re one of those people who uses LinkedIn instead of the phone to place your unwanted cold calls, why don’t you try some relationship building first? Start a conversation with people. Find out about them first. Don’t try to close the deal on the first date, don’t try to propose entering into a business relationship the moment you meet someone.

And I’ll make you another deal. If you buy a copy of my book and email me a photo of you holding it, I’ll agree to a 15-minute phone call with you about your company. Because if you’re going to make demands of my time without actually investing anything into the relationship, then I’m going to make a demand of my own.

Put your money where your mouth is. Invest in the relationship first, and then we’ll talk about what your company does.

(And then read the book. Maybe you’ll learn a better alternative to the “Married At First Sight” strategy.)